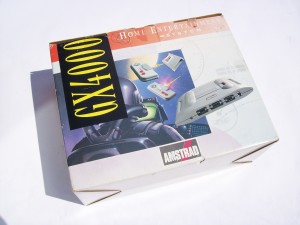 The Amstrad GX4000 is a third generation cartridge based console that was released in 1990.  The GX4000 was Amstrad’s only attempt at a cartridge based games system for the console market.  The system retailed at 99 GBP and included the game cartridge ‘Burning Rubber’.

Basically the Amstrad GX4000 was nothing more than a  modified Amstrad CPC6128 plus that allowed the GX4000 to be compatible with the still popular CPC technology.

Only 25 games were ever made for the Amstrad GX4000 and these are becoming pretty rare.  Major companies such as U.S. Gold and Ocean supplied a majority of the games for the GX4000 such as RoboCop 2, Pang, Plotting (AKA Flipull), Navy Seals and Switchblade.

The problem with the GX4000 was that although the cartridges were fully compatiable with Amstrad’s new 464 and 6128 plus computers, with the cartridges were  priced too high at 25 quid i think this played a major part in the downfall of the console and the main reason why the system unfortunately failed. 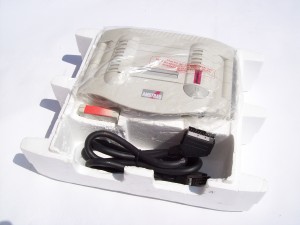 I can remember only a couple of years ago on E-bay these consoles boxed and in good condition selling between 10 and 20 quid in quite larger numbers, they are now getting rarer and they are now costing between 30 to 100 quid for a good one. . . 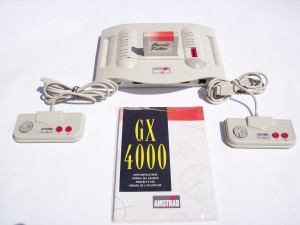 Although the Amstrad GX4000 was never really considered as a great contender in the gaming market and being up against the likes of Sega’s 16-bit Megadrive and the SNES,  it still has its place in gaming history and will get dusted off and used now and again even if just for a short blast of something.