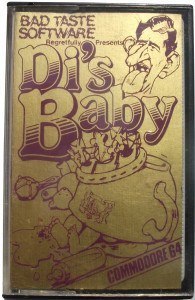 This is a bit of an awkward one to review.  It all started in one of the largest towns in Cornwall, St. Austell in 1984.  The guys at Software Projects had a bit of a pop at Arthur Scargill with the Miners Strikes in Manic Miner so the guys from Bad Taste Software wanted to choose a subject for a game that would be topical once the game had been competed.  What news story would there be in the next few weeks/months?  The only thing they could predict was the birth of  ‘Di’s Baby’. “That’s in bad taste” someone said – so they had the name of the label.

Just to be on the safe side they decided not to announce the game until the baby was born and make sure that it was healthy and no problems or the game would have had to be scrapped.

The game consists of five levels

The Joys of Parenthood

You can’t allow Charles and Diana to have another baby until they prove that they can cope with the first! In this stage, Charles has to cope with the mess produced by William.  Move Charles left and right to catch William’s mess in a potty.  As an extra hazard, every so often a low flying nappy tries to hit Charles in the face.  Charles can fight back by throwing toilet roll at the incoming p 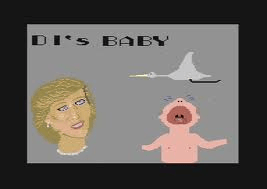 Obviously Charles and Di need privacy.  Can Charles fight his way past nanny with a pram, the palace guard, etc to reach Di’s bedroom?

Or not so long!  Can Diana attend all her public engagements in time?  Now surrounded by hoards of photographers  – its not easy.  Nine events per month (Fire button to shoot photographers)

Dash to the Hospital

Guide the car from Buckingham Palace to the Hospital.  Watch out for police barriers striking miners and CND rallies

Can Diana deliver the baby whilst avoiding the mad doctor with the epidural?  Can she catch the baby when the stock drops it? 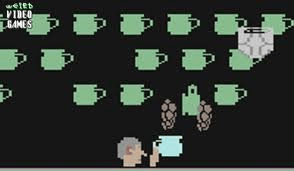 Apparently on its release, the game had instant publicity from the tabloids but despite this only a small quantity of games were sold.

In some stores the game was banned due to complaints from customers and as most large stores had sale or return most of the games were returned.

Other titles I know of to be released by Bad Taste Software are ‘Santa’s Grotty Christmas’ for the Commodore 64 and ‘Seal Cull’ written in 2011 for the PC.

An article I found from one of the old computer magazines states:

When this game appeared together with a pair of other dodgy titles, Motorway Maniacs and Aids Alert, it caused outrage throughout the Computer Industry.

Now its back by popular demand, and its up to you to decide where the line is between satire and bad taste is drawn.

You play Pierre, a happy-go-lucky seal hunter armed with a rifle and an enormous club.  Your task is to patrol the ice-floes looking for seals.  When you catch one WHACK.  You get points for each one you cull and extra points for baby seals.  Hazards along the way 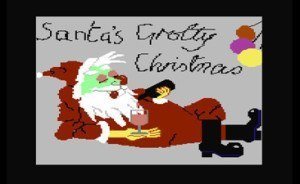 include Polar Bears which you must shoot with your limited supply of bullets, and Green Peace Protestors who you can club for extra bonus points.

At the end of each floe, your pelt count is totalled and you can then buy cheap whisky and cigarettes from the local store.

(Warranty void if seal is broken)