The Panasonic 3DO FZ-10 interactive multiplayer was a 32-bit CD based interactive video entertainment platform system. To many it is simply  known as just the 3DO and it arrived to us on 15th September 1993.

The 3DO Company was founded by a group of people in 1991, namely Dave Needle & R.J. Mical of the New Technology Group although the 3DO was conceived by entrepreneur and Electronic Arts founder Trip Hawkins.

Unfortunately the Panasonic 3DO never got of to a great start.  The machine had been priced at $699 which was higher than any other console of it’s time.  The reason for this being was that the 3DO was being sold as a high-end audio-video interactive system and not just another games console.  Also in the early 1990’s the market for consoles was saturated, so the 3DO was up against stiff competition such as the likes of the Sega Genisis (priced at $149), Nintendo’s – SNES (priced at $199), NEC’s – TurboGrafx-16, Nintendo, Commodore and SNK.

A few differevt versions of the 3DO were created.  The Panasonic version was released with ‘Dragons Lair’, a classic laserdisc game that was first released in the arcades. A multi-changer version was also created called the Panasonic Robo 5 disc changer. 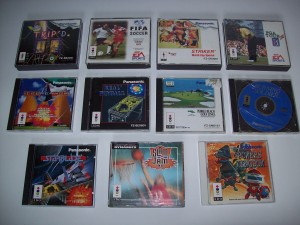 In 1996 the price of the Panasonic 3DO was to be dropped  due to the new arrival of the 3Do’s promised successor, the ‘M2’.  This was to be a more powerful console using a dual PowerPC 602 processor in addition to  newer 3D and rendering Technologies.  Major promotional efforts were made for the M2 but despite this the ‘M2 Project was rumoured to have been scrapped but it was also believed to have been sold to ‘Matsushita’.

Later in 1996 the plug was pulled on the 3DO along with a complete shutdown of all internal hardware development and of the ‘M2 Technology’.  3DO restructured themselves around this time, repositioning of their internal software development house as a multi-platform company supporting the  Sony’s Playstation, Sega Saturn and PC platforms.

I believe that the Panasonic 3DO had a library of some 237 software titles.  Some of the games to be released i though were quite Excellent.  Some of the games were ports of arcade or pc games that other cartridge-based systems of it’s time were not capable of playing.  I personally still like such titles like Myst, Crash and Burn, Need for Speed, Gex, Alone in the Dark, Road Rash and Star Wars: Rebel Assault.

Here is a advertisement clip for the Panasonic 3DO. Enjoy. . .

One thing is for sure.  I will still have a blast on the old 3Do for years to come. 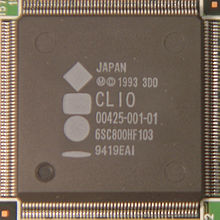 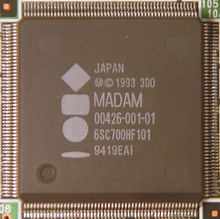