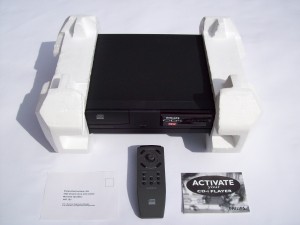 In March 1986, the first public announcement was made of a new product – Compact Disc Interactive in the first industry conference in the US to promote CD-ROM.  Because of this a provisional standard called The Green Book was later issued in May.

Initially, the Philips CD-i was not really promoted as a gaming platform although many hundreds of gaming titles were released.  In advertising, Philips highlighted and pushed the CD-i’s Multimedia applications that the system was capable of performing.  The CD-I video discs and not he interactive discs will play on most formats like the 3Do, Amiga CD32, PC’s and Apple MAC’s with MPEG as far as I’m aware.

The Philips CD-i player 200 series includes the 205, 210 and 220 models.  These models in the 200 series were designed for general consumption, and were available at major home electrical stores around the world.  The Philips CD-i 910 was the most basic American version compared to that of the CD-i 205. 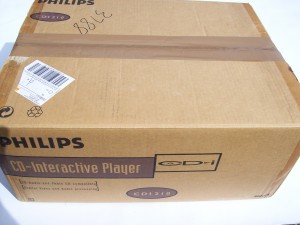 The Philips CD-i player 300 series includes the 310, 350, 360 and the 370 models.  The 300 series consists of portable players  designed for the professional market and not available to home consumers.  A popular use for this range was by pharmaceuticals to provide product information to physicians, as the devices could be transported by sales representatives.

The Philips CD-i 400 series includes the 450, 470 and 490 models.  The 400 series were slimmed-down units aimed at console and education markets. The CD-i 450 player was a budget model designed to compete with game consoles.  It was in this version that a infrared remote control was not standard but optional. 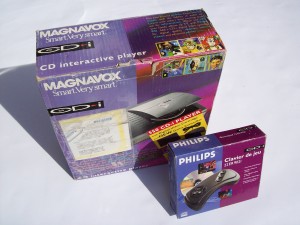 , 605, 615, 660 and the 670 models.  The 600 series was designed for professional applications and software development. Units in this line generally include support for Floppy disk drives and keyboards as well as other computer peripherals.  Some models can also be connected to an emulator and be used for software testing and debugging.

The CD-i 310 was the basic portable model featuring an intergrated 3.5″ floppy drive.  The unit however did not have any kind of display or Digital Video Cartridge (DVC) so a 9142 Docking Station was Required.

The CD-i 350 was basically the same as the 310 requiring a 9142 docking station but the unit had a Sharp LCD screen built in.

The CD-i 360 i personally thought was the one to get.  It still required the 9142 docking station but featured a high quaility Philips LCD display making it the first all in one CD-i.

The CD-i 370 was quite unique.  The unit was more compact that the other units and featured a rechargable battery and an intergrated Digital Video Decoder.  The main difference to this unit though was that it was built by LG Electronics (then Goldstar) but was based on their own portable CD-i.

Although most of the games written or ported for the CD-i were not very good, there is a cult following of the Nintendo-related games.  The system itself, I th 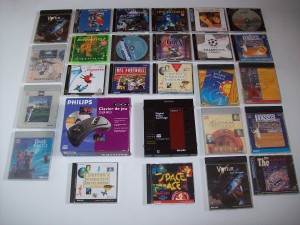 ought, was not to bad and had a good build quality about it as well as being able to play music, illustrated encyclopedias and CD-i films which there was a vast library of.

A downside to the CD-i, I thought,  was that films could only be played via the Digital Video Cartridge that was an add-on, and inserted at the rear of the console. Why could this not have been built-in . . .?

It is thought that the drawer on most CD-I’s stick and causes a problem for the drawer to open and close.  In reality it is a combination of the drawer sliders become dry causing it to become difficult to open and also squeak and probably a stretched belt, this can be rectified with a few drops of 3-in1 oil on the drawer sliders and on the cog in the middle.  Regarding the opening and closing of the drawer, the belt can be replaced quite easily (half an hour or so) if you take your time and can be purchased from most good electrical retailers i.e Maplins.

TOP TIP:  Although belts can be purchased, i have known people to use a good quality elastic band as it stays tight and can lasts for years.

It wasn’t until 1994 that the Philips CD-i was finally marketed as a gaming platform due to low sales. The  price was dropped to $299.99 and the CD-i was released with a game known as Burn Cycle.

In 1995, Philips centered on the release of systems like Sega’s  Saturn console and Sony’s  Playstation. Later that year, Philips began to release versions of CD-i software for play on the Sega Saturn and PC. Unfortunately 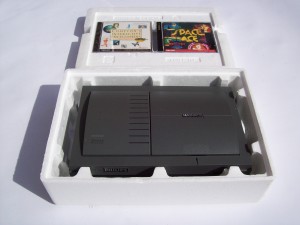 in the summer of 1996, Philips announced that they would be discontinuing the CD-i system.  Reportedly, Philips lost close to one billion dollars on the console since its production in the US.

Magnavox also made versions of the CD-i that was released in the US.  Philips and Magnavox are well known for there joint ventures due to Philips acquiring Magnavox’s electronics division in 1974.

The Magnavox 550 CDi that i have is virtually the same as the Philips 400 series.  I have been lucky enough to find these two systems both complete with all relative paperwork and in pristine condition as i have not used these systems for more than 1 hour from new.