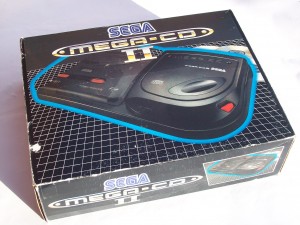 The Mega CD 2 first hit the Japanese stores on 23rd April 1993 as an addition to the Sega Mega Drive.  While the unit looks much cheaper than the original Mega CD it doesn’t feel as cheap with the casing feeling much more solid than it’s predecessor.  The motorized front try has been replaced with a much cheaper and I think a much more reliable flip top.

This is a path that many manufacturers began to take such as Philips with the CD-i, Panasonic with the 3DO (FZ-10) and many others whom followed.  This feature enabled the front panels access lights being to be removed except for the power light which was also a much needed cost cutting measure for many companies.

I personally felt that Sega also went down a similar path to that of the Philips with the CD-i, within its game play, many aspects were similar to games such as ‘Dragons Lair’.  Most games gave you select options during game play and prompted you to take a certain path in order for you to advance further during the game.  This proves quite difficult with the timing of your actions having to be very precise.

Sega mainly wanted to showcase the power of the Mega-CD I/II, however there were not many companies ready to adapt to the larger capacity of the storage medium purely because they were hindered by the game systems limitations, especially  when the actual capacity of Genesis/Mega Drive cartridge being so small that hundreds of Genesis cartridges were able fit on one CD. 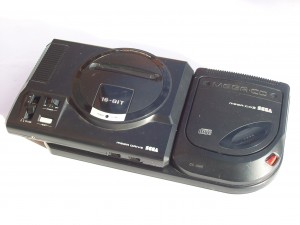 Eventually, most FMV games became universally panned by game reviewers, no matter which console the game was designed for.  The Mega CD I/II’s limited 512-color palette, combined with the processor power not being well-suited for video, did not lend itself well to reproducing great video.  This resulted in grainy images running at a far lower frame-rate and resolution in most of its games.

However with a somewhat lackluster library of games, Sega’s Mega CD I/II introduced at least one notable franchise being the Lunar series. Despite the relatively narrow circulation, the two titles for the Mega-CD II  were critically acclaimed and became cult classics.  Both games receiving remakes for the PlayStation and Sega Saturn in the late ’90s; and a prequel to the series for the Nintendo DS in 2005.  Another notable title was the cult-classic Snatcher, a Cyberpunk digital comic released by Konami and designed by Hideo Kojima.  Though Snatcher was already available on several platforms, the Mega-CD version was the only one released in English. 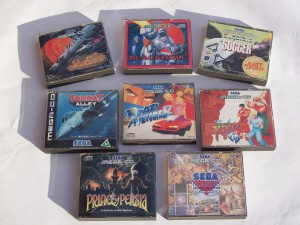 One exclusive game that was published for the Mega-CD is the now-famous Sonic the Hedgehog CD, or Sonic CD. Sonic CD has been praised for its visual style, superior CD sound, and an innovative time-travel mechanics, allowing players to explore four versions of each stage.

The Mega-CD was best known for being awarded Best New Peripheral of 1992 by Electronic Gaming Monthly and due to it’s sales in Europe 60,000 of the 70,000 Mega-CDs were shipped to Europe by August 1993.

The Mega-CD specifications are as follows:

The main CPU is a 12.5-MHz 16-bit Motorola 68000 processor. The Mega Drive has the same processor, but at a lower clock rate of 7.67 MHz (NTSC) / 7.61 MHz (PAL). In the combined system, both processors run concurrently for Mega-CD games, and the Mega-CD processor is idle for Mega Drive games.