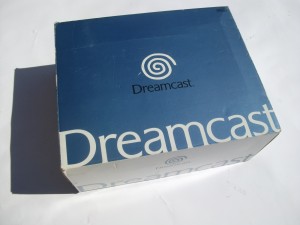 The Sega Dreamcast is a video game console which was released in Europe on the 14 October 1999 and was to be the successor to the Sega Saturn console.  It was also the first entry in the sixth generation of video gaming consoles, released before its contemporaries such as  Sony’s PlayStation 2, Microsoft’s Xbox andNintendo’s GameCube.

Life of the dreamcast started in 1997 when the president of Sega of America, Bernie Stolar set out a sort of challenge between two in house teams competing to develope a new console to succeed the ageing Sega Saturn.  Team one was headed by Hideki Sato who was a Sega hardware engineer and team two was a skunkworks group headed by Tatsuo Yamamoto whom was an IBM researcher.

Segas Dreamcast was widely hailed as ahead of its time, and is still held in high regard for pioneering online console gaming and was the first console to inc 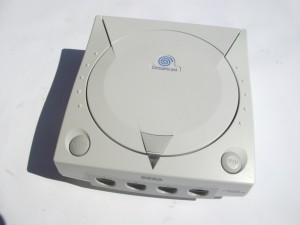 lude a built-in modem and Internet support for online play.  Regretably the dreamcast was to be Segas last console and was discontinued in 2001, however in Japan consoles were still sold until 2006 and even new licensed games continue to be released even to this day.  The console is still supported through various MIL-CD independent releases.  Similar to the Atari Jaguar, the Dreamcast has received cult status for its history and features despite its relativly short lifespan in the world of gaming.

A pretty impressive library of some 688 official games are available for the dreamcast, unofficial, independent games still continue to be released by certain companies.  Personal favorites of mine are Virtua Fighter, Blue Stringer, Re-volt, Resident Evil Code: Veronica and not forgetting the awesome titles ‘Shenmue’ & ‘Shenmue II’.  In its era, the shenmue title was an ultra classic game that wore ground-braking features as it was an open-world adventure video game that actually brought aspects of real life through the game.  Clever details such as a day, night and a sleep system with real time variable weather effects were unheard of in a game of this kind at the time.

With a production cost of $47 mill 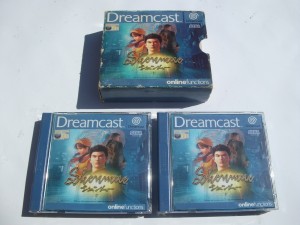 ion, which is equivalent to $64 million in 2011. The game was followed by a 2001 sequel,Shenmue II, with at least one more planned as a Dreamcast series.  The budget for both games amounted to $70 million, equivalent to $95 million in 2011.  Sadly, the production for the series ended with the second game, leaving the story at a teeth grinding, balancing cliff hanger (a little like the ending to the original Italian Job).

A number of accessories were also widly available for the Dreamcast.  The controllers were quite a clever design featuring two docking ports at the top.  The first port accepted a small device called a VMU (Virtual Memory Unit) that also had a small screen built in.  This also allowed the user to save their progess during games provided and a variety of functions for various games, whilst the second port accepted a vibrating jump pak.  A quality Arcade stick and an Arcade Light Gun controller was also available.  I especially liked the light gun as i worked beautifully and interacted very well with the classic game ‘House of the Dead’ giving it that added dimention.  Another feature was the Dreamcast VGA adapter which allowed Dreamcast games to be played on computer displays or High-definition television sets in 480p (progressive scan). 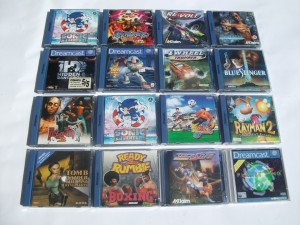 Due to its short production span, only a few official Dreamcast models were released.  The primary models released in 1999 had a grey tint.  The later model disc drives added more protection against piracy.  There were many Japan-only models made.  Sega released Sakura Taisen version, and a Hello Kitty version released in 2000 in Japan which, due to its limited production, has become an extremely rare collector’s piece.

Other limited edition Dreamcasts were produced were two Black versions, the rarest being the Regulation R7 and the Sega Sports model with Sega Sports text featured on the front casing.  Two other versions based on Capcom’s – Resident Evil Code: Veronica game, one a clear pink – Claire Redfield model andVMU, and the other a clear dark blue model and VMU, both including the game itself as well.  The final Dreamcast models were released in Gold. 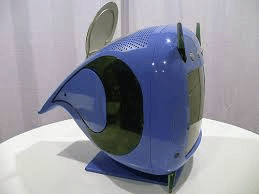 Probably the best of the Dreamcast’s created was the Divers 2000 series CX-1.  Released in the year 2000 this unit was a joint venture, in this case between Sega, CSK and the Fuji Television Network.  With very futuristic and even alien design the Divers was a TV set that included a working 14-inch TV screen, an in-built Sega Dreamcast console and, as packed-in accessories, the Dreamcast’s camera, a specially-branded controller, keyboard and remote control.

The other was the Treamcast which was basically a third-party developed Dreamcast.  These systems compare in looks to the portable PS1 with the fold down screen and I believe there are several version of these systems containing modified Dreamcast internals and a modified firmware allowing them to read CD-Rs and play MP3s and Video CDs with special software.

Most of these older unit can get quite noisy.  If you open up the system which is quite easy, you can see the motor and the with a cog on the end that moves the eye that reads the disc on a type of rachet systrem.  It is possible to quieten the system down by applying a spot of 3-in-1 oil to both the cog and rachet.