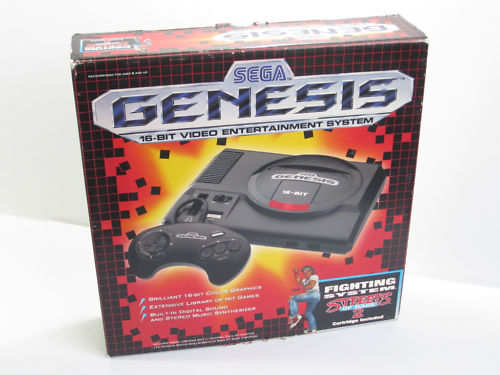 I can remember this console very well, the Megadrive is a fourth generation console that was produced by Sega to succeed the now aging Sega Master System.  Released in Europe on November 30, 1990 the name was said to represent superiority (Mega), and speed (Drive), with the then powerful Motorola 68000 processor and during its development its hardware was initially known as “Mark V”.

The system had a couple quite a few rivals that it had to contend with on its release and these came in the form of the PC Engine, Nintendo’s NES, sNES, the SNK NEO GEO and the Commodore Amiga A500, although not a console it was still up there in the game scene.

On its release, the Sega’s Megadrive doninated the gaming market and with the video arcades at an all time high this m 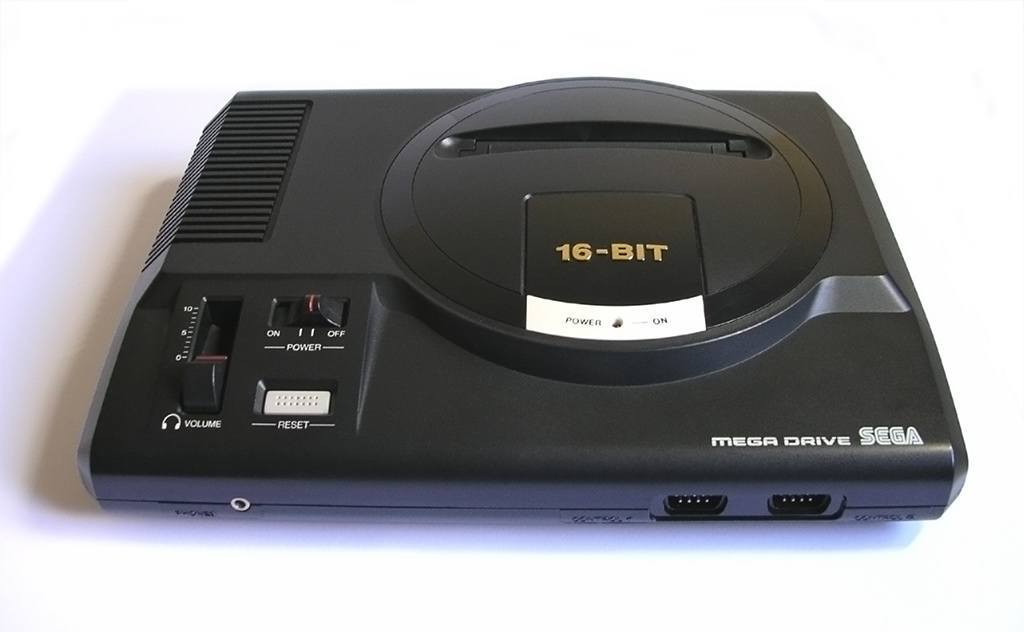 eant that there was already a vast library of games ready to port straight to the the Mega drive.

This meant that you could play most of the arcade classics like Ghosts & Goblins, Golden Axe and Altered Beast in the comfort of  your own home.  The final design of the Megadrive was eventually used in the Mega-Tech, Mega-Play and System-C arcade machines.  Any game made for the Mega Drive hardware could easily be ported to these systems.

Personally liked Desert Storm and Desert Strike – Return the the Gulf and on the platform side were games like the James Pond series, Earth worn Jim and A Clockwork Knight, the system really did cover a multitude of games with Sega accounting for 55% of all 16-bit hardware sales during 1994.

In 1993, Sega introduced a smaller, lighter version of the console.  In North America it was known as the Genesis II,  and everywhere else as the Mega Drive II .  Sega removed the headphone socket from the front panel and replaces the A/V-Out connector with 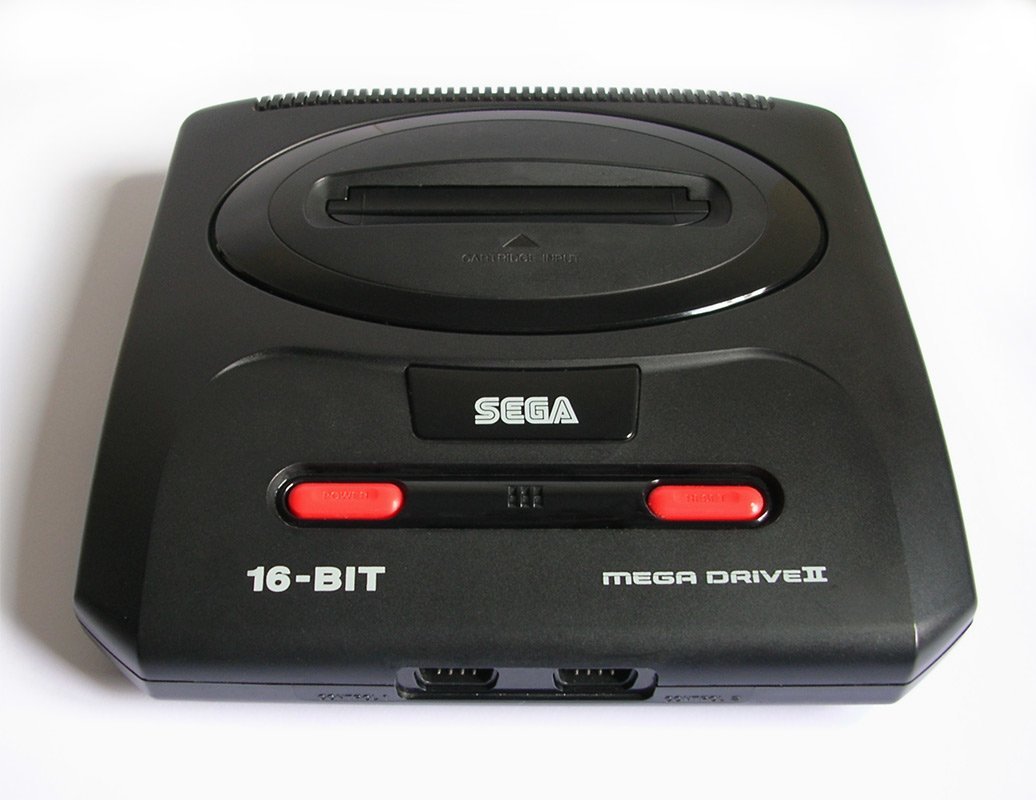 a smaller version that supports stereo sound, and provides a simpler, less expensive mainboard that requires less power.  Despite this I preffer the original system.

The enevitable eventually happened, Video game violence, this took place in the United States.  On the release of the game ‘Mortal Kombat’ there was a lot of controversy due to its violent content.

Rather than have future games heavily censored, Sega responded and resolved the problem by created the first ever content rating system for video games in the form of the Videogame Rating Council (VRC), this very clever move gave left the gate open to Sega and other systems to ship games with little to virtually no censorship at all.

With Sega’s success in he market and wanting to keep one of its rival namely Nintendo, Sega welcomed third party publishers, to create games for the Megadrive but still tightly controlled the approval process for third-party games and charged high prices for cartridge manufacturing. 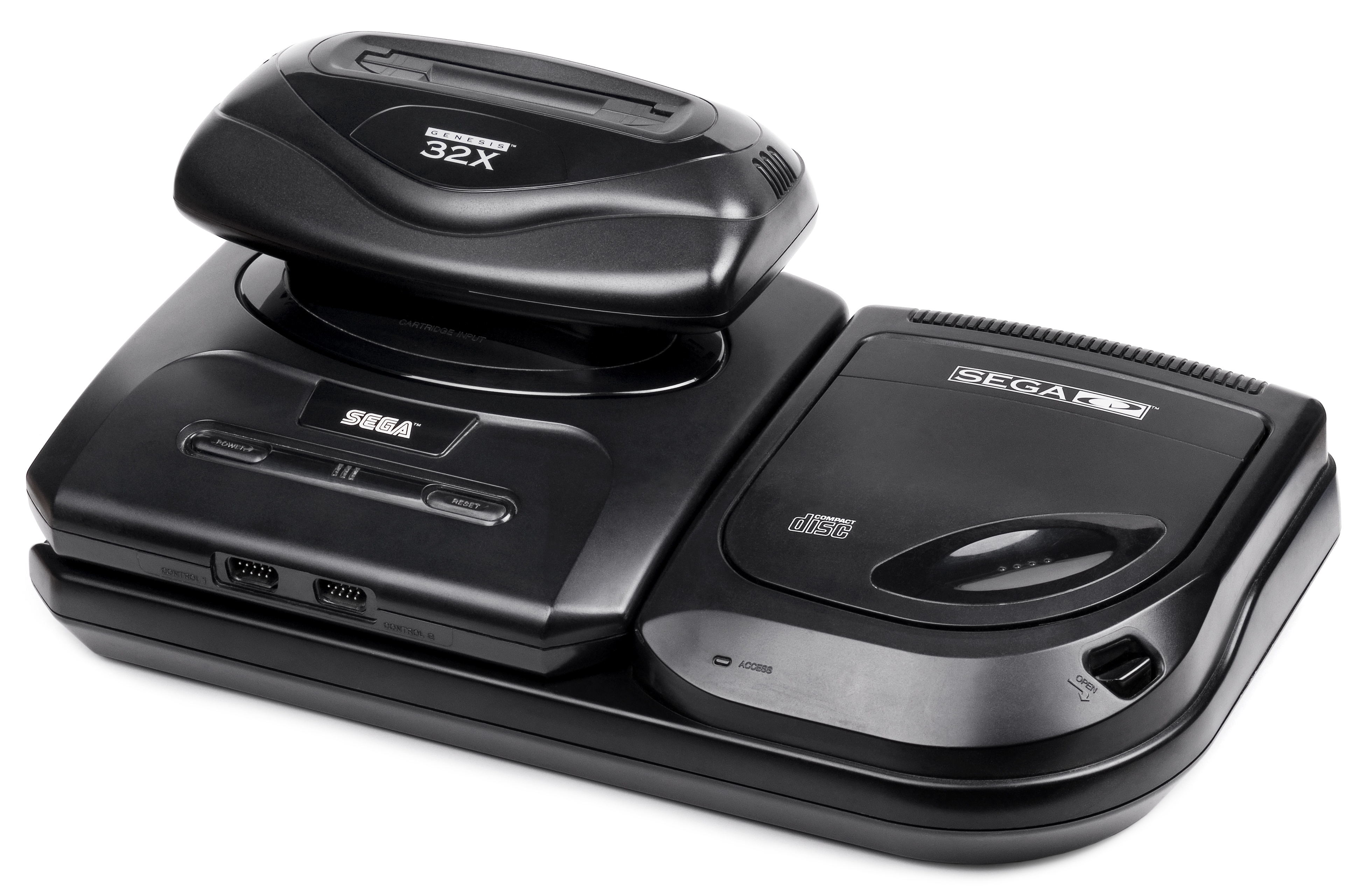 American third-party video game publisher EA (Electronic Arts) reverse engineered the Genesis in 1989 whilst in negotiations with Sega for over a year requesting a more liberal licensing agreement than was standard in the industry before releasing its games for the system.

EA held the upper hand as they had the ability to run its own licensing program if Sega refused to meet its demands.  Needless to say Sega relented, and the next day EA’s upcoming Genesis games were showcased at CES.

This new more enlightened license agreement gave them the right to make as many titles as they wanted, they could approve their own titles, the royalty rates were a lot more reasonable and they had more direct control over manufacturing.

Bing Gordon and EA’s vice president of marketing services Nancy Fong created a clever design alteration by adding a yellow stripe on the left hand side of their cartridges so you knew that you was playing an EA game.

A selection of Add-ons became available over the life span of the Megadrive.  The first to be announced was the Mega-CD, to be released in Japan in late 1991 and in North America (as the Sega CD) in 1992.  This add-on contained a faster CPU, more memory, an additional PCM sound chip, and some enhanced graphical capabilities (similar to the SNES‘s mode 7) compared to the Mega Drive itself.

Sega ventured into the on-line gaming scene by created Sega Meganet, which debuted in Japan on November 3rd, 1990.   Called the “Mega Modem”, this system allowed Mega Drive players to play up to seventeen games online.  This was achieved by the Maganet operating though a Sega cartridge.  In North American a similar version of this system, the “Tele-Genesis”, was announced but never released.   Japan created a similar phone-based system called the ‘Mega Anser’ that turned the Mega Drive into an online banking terminal.

Now getting quite old and with news that the Sega Sautrn was just round the corner,  sega thought they would squeeze a little more out of the sega and the add-on called the Sega 32X was released.  This contained two 32-bit SuperH-2 processors.  Developed in 1993 the SH-2 project was a joint venture between Sega and Japanese electronics company Hitachi and was aimed at consumers who would not be able to afford the more expensive Saturn. 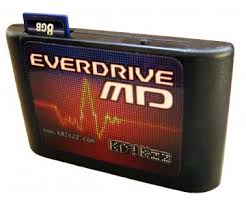 For those of you who still want want to use the Megadrive but want a more modern approach i.e. do away with the cartridges and keep them safe in your collection a great piece of kit is the Mega Everdrive. This is the ulitmate Mega Drive Flash cart. Load Mega Drive and Master System roms from an SD card and play them on a Mega Drive or Nomad.

This is a cartridge adaptor which enables to play of import Japanese and Genesis games on a UK (PAL) Sega Mega Drive.

A couple of converters that enable the user to play Master Sytems games are also available for both the Megadrive 1 & 2. 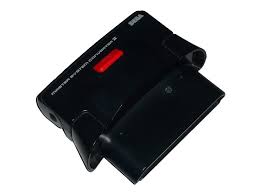 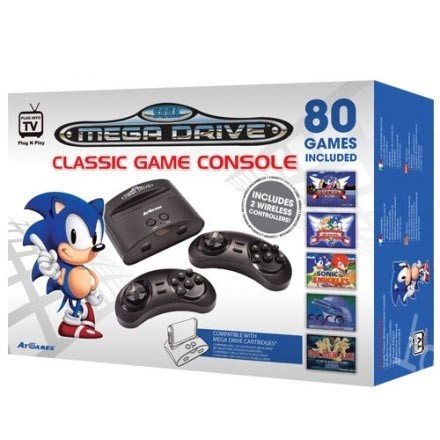 For those of you who would like to keep it more simple, plug & play systems are now available with the Classic Sega Megadrive. 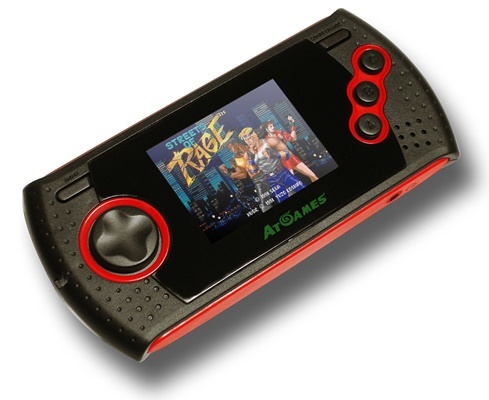 An handheld system called the Sega Blaze is a great little system for playing the classics on.

The Sega Megadrive/Genesis was Sega’s most successful console although Sega has never released.  Its is beleived that Sega shipped 400,000 units in the first year and final sales estimates for the Genesis stand at approximately 40 million units sold.  In 2009, IGN named the Sega Genesis the fifth best video game console, citing its edge in sports games and better home version of Mortal Kombat, and lauding “what some consider to be the greatest controller ever created: the six button”

I will always remember it for the game ‘Sonic the Hedgehog’ as I imagine most of you will as well.