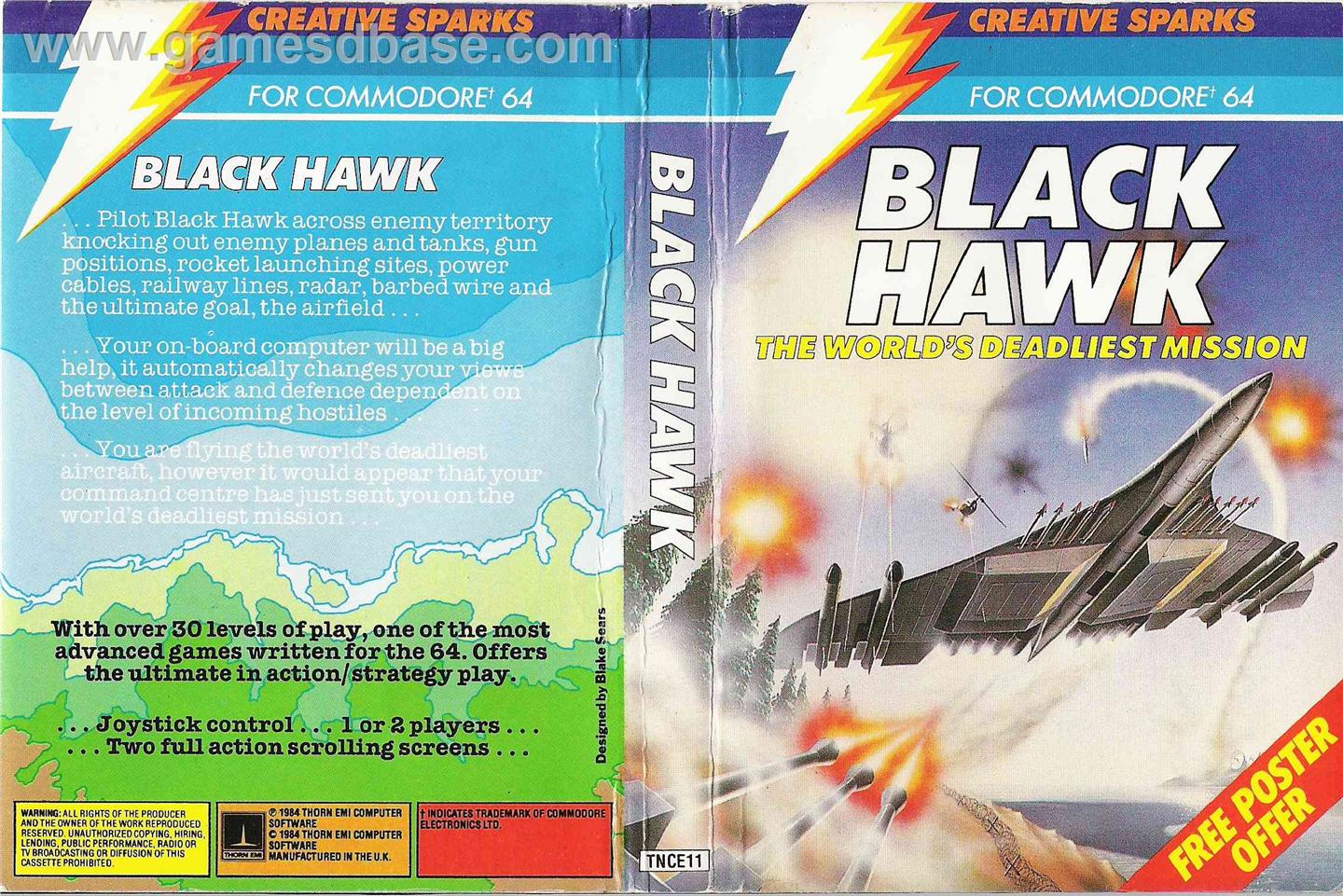 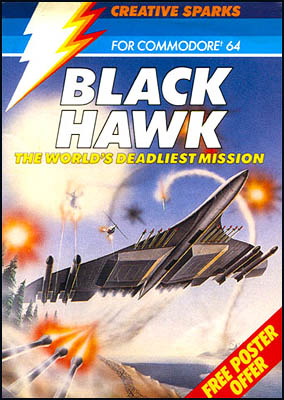 is quite an early Commodore 64 game that most people have either overlooked or have never heard of but is well worth playing.  Written by Dean Lock for Creative Sparks/Thorn EMI in 1984, your mission puts you amongst a strategic group of islands where you have to infiltrate and enemy airfield, and the game places you in one of the worlds most sophisticated aircraft, Black Hawk.

There is no true goal in Black Hawk other than staying alive to reach the next level.  Completing a mission will entitle you to a harder mission otherwise you will stay on the same mission and gathering as many points as you can.

The defence screen (brown border) gives you in an overhead view of Black Hawk.  Here you have to knock out various enemy aircraft with the use of the joystick, left,right and fire to activate the cannons.

The Attack screen (black border) An indicator at the bottom of the screen shows the vertical position of Black Hawk and is the starting place of the guided missile sight.  To activate the sight, press the fire button and the sight will move over the screen quite quickly.  Release the fire button and the sight will change colour from white to red and slow the movement for a more accurate aim, a short time later the colour will change again and a missile will home in on the target.  This is quite hard and takes a little getting used to.

You score is created by the destruction of various military equiptment and establishments and known as the Stategic Loss Factor (SLF).

Upon successfully completing each mission your OTPF (On Target Percentage Figure) will be calculated and you will move on.

Defence SLF values are as follows:

Attack SLF values are as follows:

All these scores will be mutliplied by the mission number.

Black hawk reminds me a little of the games 1942 by elite and Xevious by Namco.  Despite the age of the game, the graphic are reasonable with nice scrolling, the sound effects are pretty good and the music, a version of Wagner’s “Ride of the Valkyries” goes very well with the game.  With 32 missions to complete this is a great little vertical scrolling shoot-em up and is definately one for the collection.