I can remember this console very well, the Megadrive is a fourth generation console that was produced by Sega to succeed the now aging Sega Master System.  Released in Europe on November 30, 1990 the name was said to represent superiority (Mega), and speed (Drive), with the then powerful Motorola 68000 processor and during its development its hardware was initially… Read More »The Sega Genesis – Mega Drive 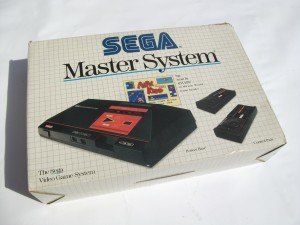 In 1987, Sega brought us their third generation video game console in the form of the Sega Master System.  This is one of those systems that it like purely for its simplicity, the pads are small basic, simple buttons. The console has two controller ports at the front for the pads and an off/on switch. In total three version were… Read More »The Sega Master System

(Pictures & video to follow) The Sega Dreamcast is a video game console which was released in Europe on the 14 October 1999 and was to be the successor to the Sega Saturn console.  It was also the first entry in the sixth generation of video gaming consoles, released before its contemporaries such as  Sony’s PlayStation 2, Microsoft’s Xbox andNintendo’s… Read More »The Sega Dreamcast

The Mega CD 2 first hit the Japanese stores on 23rd April 1993 as an addition to the Sega Mega Drive.  While the unit looks much cheaper than the original Mega CD it doesn’t feel as cheap with the casing feeling much more solid than it’s predecessor.  The motorized front try has been replaced with a much cheaper and I think… Read More »Sega’s Mega CD II

The Sega Saturn was a 32-bit CD based video gaming console that graced our stores on 8th of July 1995 priced at $399.99 and was to be in direct competition with the likes of Sony’s Playstation and the Nintendo 64. Unfortunately the Sega Saturn was not one of Sega’s best consoles and with the commercial failure caused Sega to lose… Read More »The Sega Saturn